There can be many 8K file-based or live workflows.  Such workflows will vary based on budget, content production needs, hardware and software preferences or availability and comfort level with certain processes. In this section we will graphically profile some of these workflows.

You can see examples of his work here.

See a closer view of Roman Hill’s 8K Workflow below. 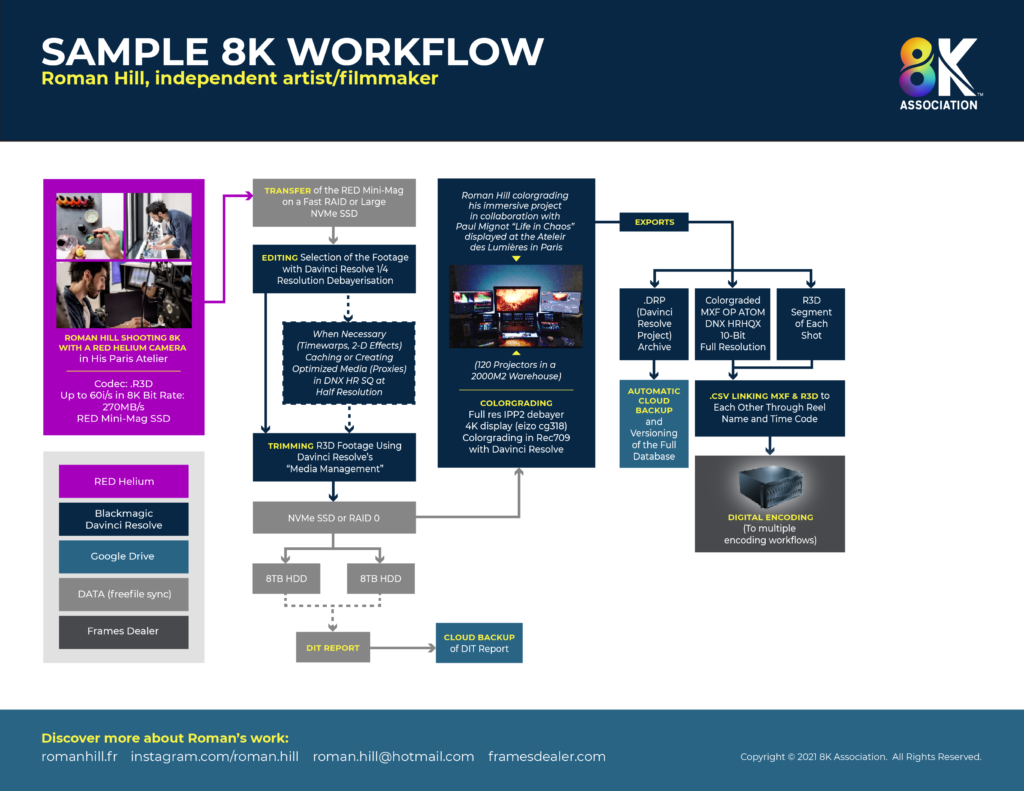 In December 2020 a number of technology companies have come together to demonstrate 8K live streaming over the Internet. The demonstration consisted of an end-to-end 8K live video showcase from live production to encoding, streaming and playback on 8K TVs.

Intel, NHK Technologies, Poznan Supercomputing and Networking Center – PSNC, Spin Digital, and Globo were supported by Sony, Astrodesign, and Zixi in the event.

The demonstration presented a viable workflow for 8K live streaming over the Internet and included 4 main technology components:

The 8K live TV program was produced at the PSNC’s 8K studio in Poznan (Poland), with the video signal encoded using Spin Digital’s HEVC encoder and streamed to multiple locations across the world where it was received live and played on 8K screens. Viewing locations included NHK Technologies in Tokyo, Globo in Rio de Janeiro, Intel in Portland Oregon, and Spin Digital in Berlin (Figure 1).

A white paper with full details can be downloaded here.

End-to-end Live 8K Streaming Workflow is found below in Fig.2 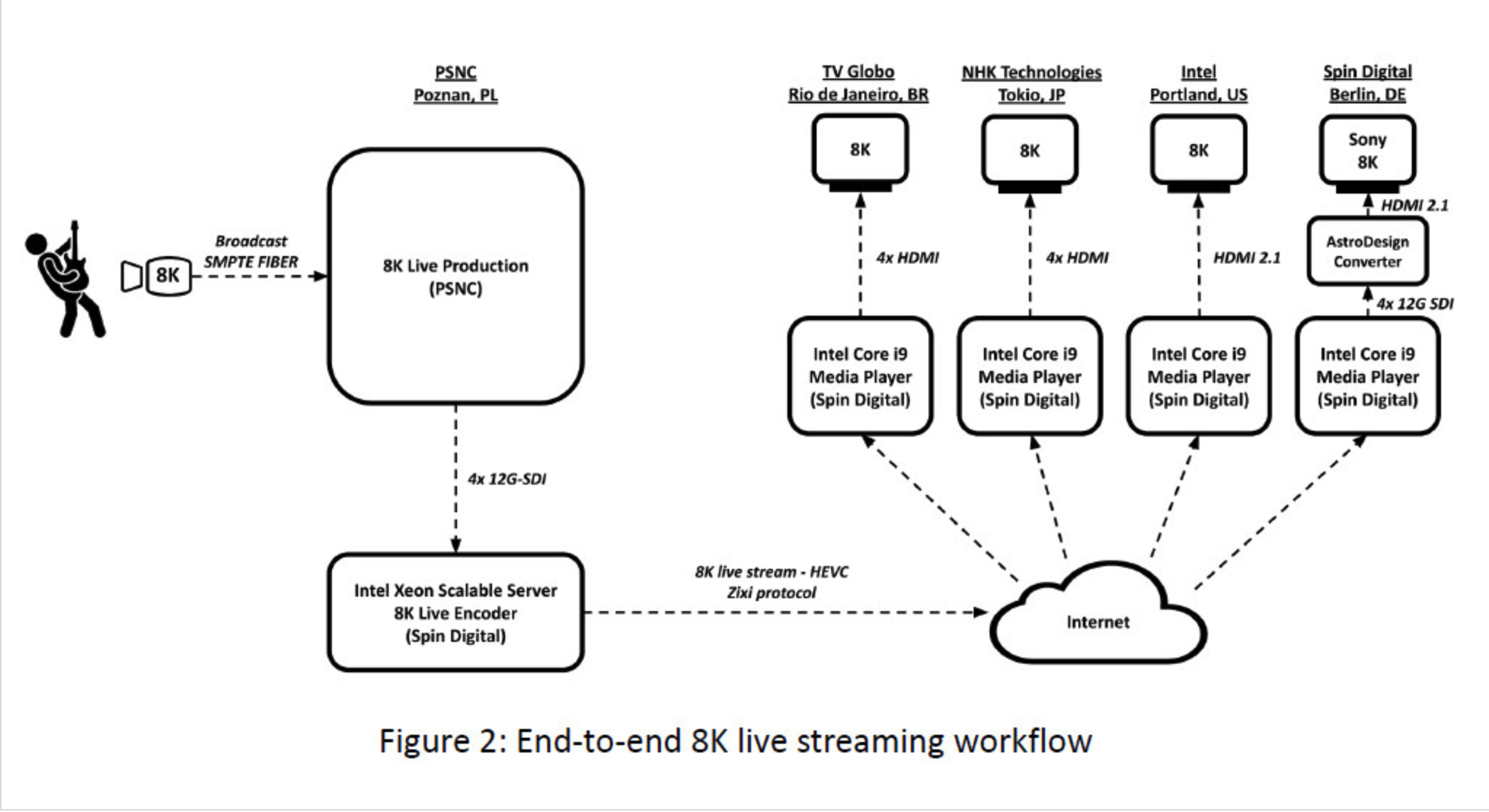 8K Live Production System including 5.1 live audio is found below in Fig.3 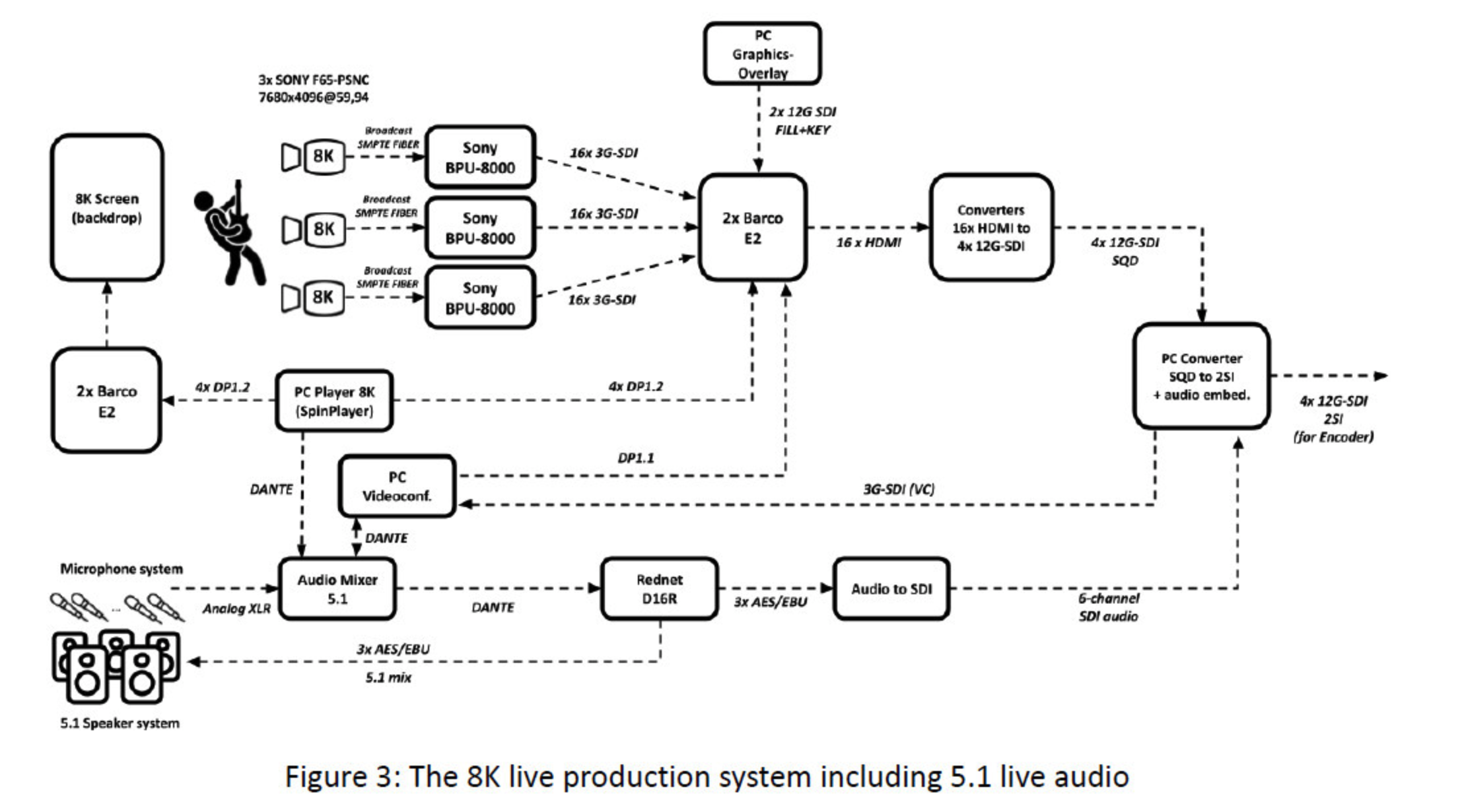