Sharp has shown a 32” 8K monitor for several years but now appears ready to go into mass production with the 8M-B32C1. The company says they will start production in June at 150 units per month. We reached out to Sharp in Japan to get some more technical details as well as the estimated street price in Japan: JPY1,980,000 w/o VAT. 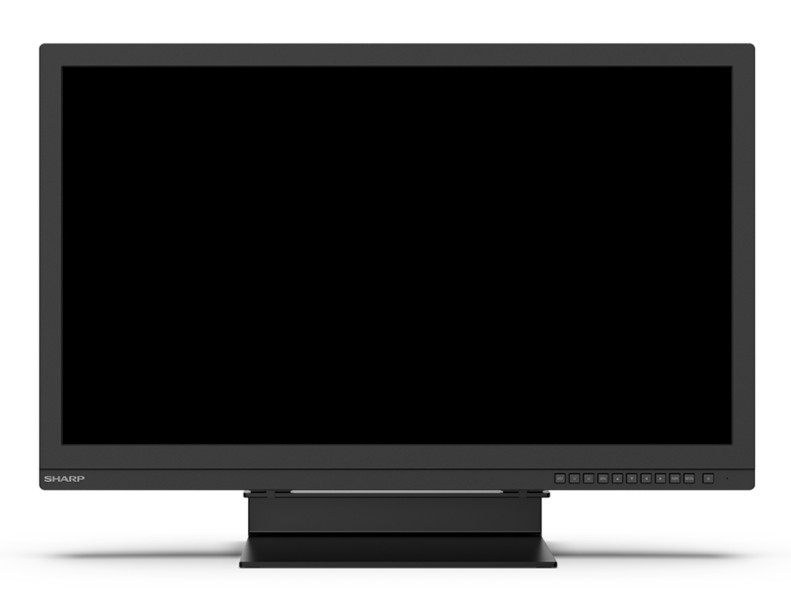 This monitor appears to be aimed at desktop applications like photo or video editing, museums and galleries, research and education, and design/printing. While it offers high-end performance levels, it is not a reference grade monitor suitable for color grading. Basic specs are shown below. 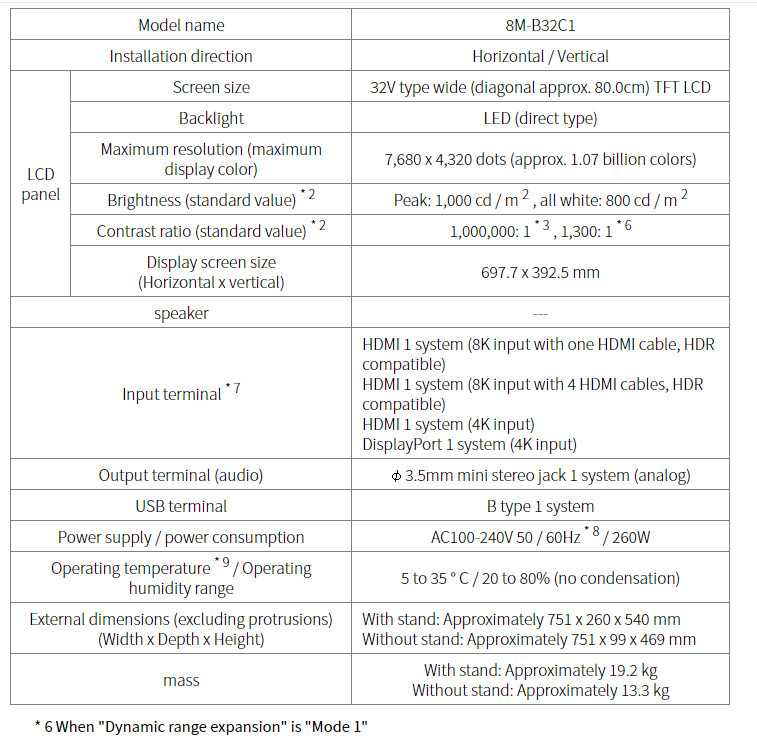 This is a direct LED backlit LCD monitor with 512 dimmable zones.  Peak luminance is 1000 nits and a full-screen white luminance of 800 nits.

The monitor has three modes for what they call “Dynamic Mode Expansion”. This is explained in the table below.

There is one HDMI connector that supports HDMI 2.1 8K/60 4:2:0 signals and a second HDMI configuration that has four HDMI 2.0 connectors for 8K/60 content. A HDMI 1.4 and a DisplayPort 1.2 connector are there for 4K input. Interestingly, the monitor works in landscape or portrait mode.

The monitor has a number of color modes as well as shown in the table. The overall color gamut of the display is shown in the x’y’ area coverage graphic.  Sharp says the display covers 85% of the BT.2020 gamut and later told us that it also can reach 96% of DCI-P3 and 100% of Adobe and Rec. 709/sRGB. HDR grading can be done using HLG or PQ tone curves. 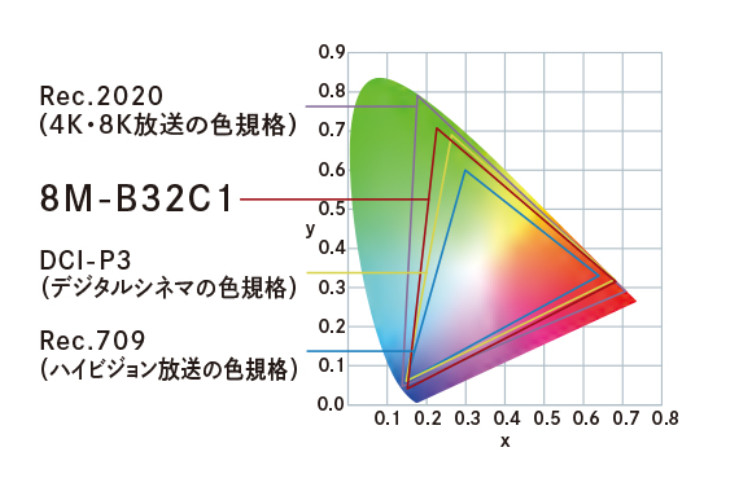 The monitor offers a number of additional features that professionals will value such as SHARP Advanced Uniform Color Calibration Technology that allows independent calibration of the red, green and blue tone curve channels along with built-in color calibration software that corrects for changes in brightness and color temperature over time (when using a professional sensor). There is also a luminance clipping feature, false color capabilities, and out-of-gamut pixels warning.