Cinematographer James Mathers, who also runs the Digital Cinema Society, has taken the Black Magic Design Ursa MiniPro 12K camera out for a “road test” in the video he has posted on YouTube.  The testing was done last November but the video evaluation has been updated recently to reflect additional insights into the camera, its performance and benefits.

Mather’s often conducts such tests on the camera to gain familiarity with features and evaluate image quality to better assess its strengths and weaknesses – and to understand how best to use the camera for various applications.

One of his goals was to verify that a 12K workflow was practical for the kind of work he does.  In the video review, he starts off by noting that the single Super 35mm sensor has 80 Megapixels but it does not use the conventional GRBG Bayer pattern but a symmetrical RGBW pattern (it is a 6×6 grid with 6G, 6B, 6R and 18W subpixels).  The “clear” white subpixels overcome the sensitivity limitation of a 2.2-micron sensor size and enables 12K, 8K, 6K or 4K outputs without changing the field of view – a novel innovation. Others have noted that the white subpixel helps to reduce noise in dark areas but can add noise in the midtones. Dynamic range is about 14 f-stops.

The Super35 mm sensor size means lenses for this sensor can potentially be used. For the road test, Mathers chose to shoot people as this is the typical subject for his work. The shoot was done using Covid protocols with editing and grading done in Davinci Resolve.

One of the benefits tested was to shoot two side-by-side talking heads at 12K then do a cut to one head for a close up.  This resulted in essentially a 4K image thus enabling one camera to do two different angle close ups at 4K.  However, the noise pattern between the 12K and 4K close-up can be different, especially if under exposed.

Another advantage of the 12K capture is the ability to reframe and stabilize images, which he demonstrates in the video.

He then addressed the issue of increased storage and transfer time, but he found with the proper gear, it really was manageable. The camera allows users to record at constant quality or constant bit rate, with the latter offering better control of file sizes and shooting time management.  Mathers used the constant bit rate and four 256GB CFast cards which offered a total of 28 minutes of record time.  That meant acquired content needed to be transferred to SSDs in a time efficient manner to not impact shooting.  An OWC ThunderBlade 8TB SSD for onset storage and a Thunderbolt 3 Pro Dock for interconnection and to ingest the CFast cards worked out quite well, he noted.  The transfer time was about 10.5 minutes per 256GB CFast card. “That’s one roadblock you can cross off your list if you are thinking of shooting 12K,” concluded Mathers.  Other record and transfer options are available too. 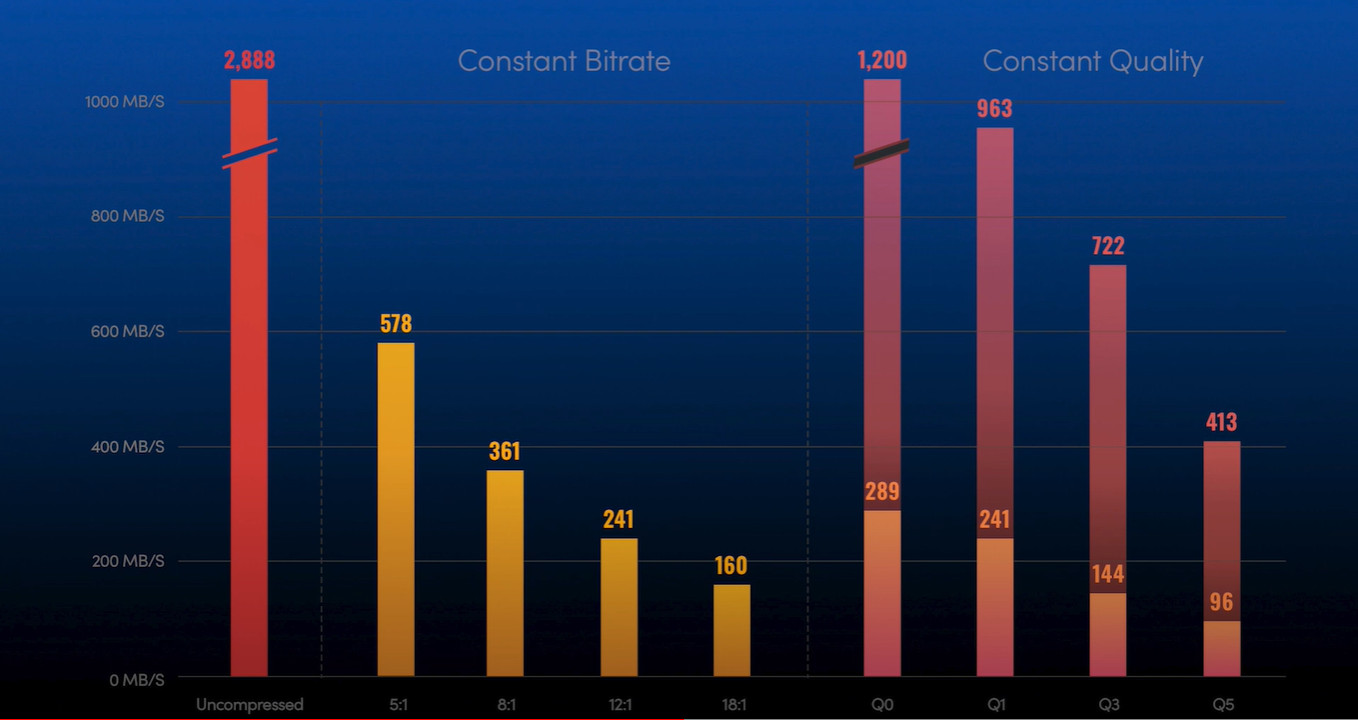 The editing and SDR grade were done all remotely using Frame.io with the HDR grade done separately by Rouch Media.

Mathers concludes by noting that the quality and flexibility of the 12K camera at an affordable price point will make is a good choice for many owner-operators.