Until recently, the addition of visual effects (VFX) to a movie or TV production was done in a time-consuming post-production process. This meant actors had to imagine the final look while performing in front of a blue or green screen. With the advent of tracked cameras and LEDs screens, content creators are able to pre-render complex background plates and special effects to capture live actors and special effects in camera. This is a big benefit as it allows for instant review of the shot so creatives can decide if it acceptable or needs a reshoot right away.

But what if your budget does not allow for renting a sound stage with a huge LED video wall and tracked camera/game engine solution? To find out, we spoke with David Bush, a film professional with 40 years of on-set and post-production experience. His team has developed what he calls an 8K Mobile Lab.

Chris: First, tell us what the 8K Mobile Lab consists of? 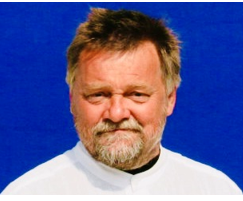 David: Our objective was to make the production and post-production process faster and less expensive, while offering new creative opportunities. So, our 8K Mobile Lab became a powerful creative editorial hub, with on-line editing, color grading, sound and visual effects all worked on in real time allowing our eyes and ears to experience the final deliverable in high resolution on set. It is the equivalent of a fully-fledged post-production facility built into purpose-built flight cases that can be set up in less than an hour in almost any location on or near shooting.  This offers a simple, practical, cost effective and fast workflow for finishing 8K productions.

David: Yes, we have used RED 8K and now are working with the Blackmagic Design 12K camera.  We use a MacBook Pro with the 6K resolution 1000 nits 32” Apple XDR display.  Content is ingested in the RAW or light compression codecs offered by RED or Blackmagic Design.  The beauty of Resolve is that the software does editing and sound mixing together with color grading and the compositing of visual effects.  The idea is to do the editing, mixing, grading, compositing and 6K renders overnight so the dailies are ready for critical review on-set the next morning.  We have proven this out on several shoots already.

Chris: That’s quite impressive, but how do you integrate special effects without a virtual set capability?

David: Clearly, we need to work with the creatives in advance of the shoot to understand what background plates or special effects elements might be able to be captured in camera.  Removal of wires or other foreground objects will still need to be done in a post-production process, but we can capture backgrounds with proper parallax without being at the physical site location or using an LED video wall sound stage. The trick is to first document what the camera movements will be with the actors. We then go to the desired location, set up the cameras and capture the background using the same camera movements, or simply set up a stationary camera in 12K. The actors perform in front of the blue or green screen, but we now have the background plates to composite overnight. This has been very well received by our customers.

Chris: Very cool.  David, thanks for your time.