Australia’s Atomos, a ProRes monitor/recorder specialist, recently announced the new Ninja V+. The device acts as an HD monitor with a 5-inch, 1000 Nit display, built-in 3D LUT box function, and a continuous recording device that can store Apple ProRes RAW 8K in a live production setting. Among its many tricks are various live HDR processing features. 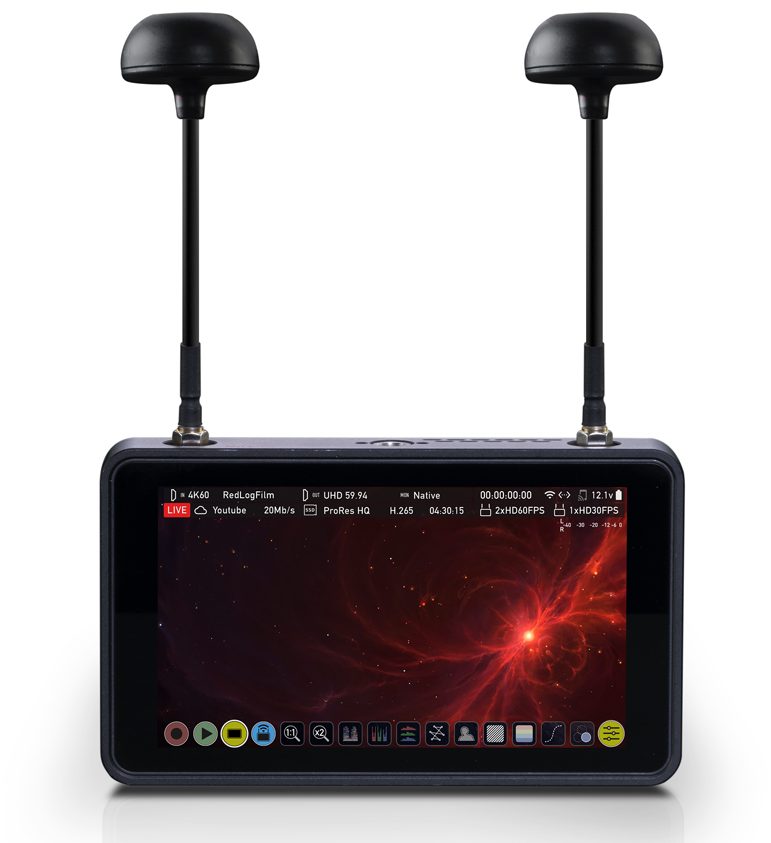 Atomos only explicitly names the Canon EOS R5 in the supported cameras for 8K in the latest press release. Still, we know that over 30 other cameras are supported by the previous Ninja V, and Sony’s FX9 and FX6 are named as supporting the newer 4Kp120 format, so we expect the official list to quickly grow beyond Canon.

HEVC 10-bit 4:2:2 4K recording is also supported on the new Ninja V+ and brought to the three-year-old Ninja V.

The accompanying Atomos Stream product is designed to facilitate social distancing production by sharing feeds in real-time to multiple devices. The Ninja Stream is also a 5″ Connected HDR Monitor-Recorder with Wi-Fi, Ethernet, and USB-C. Typically the Ethernet connection can be up to 300m long. Stream supports 4Kp60but Atomos confirmed to us that 8Kp30 is not yet available. We’ll keep you posted if and when it is. When the Ninja V+ is available later this month, the price will be $1,499. It is probably the world’s first portable 8K-capable recorder/monitor suitable for on-set use.