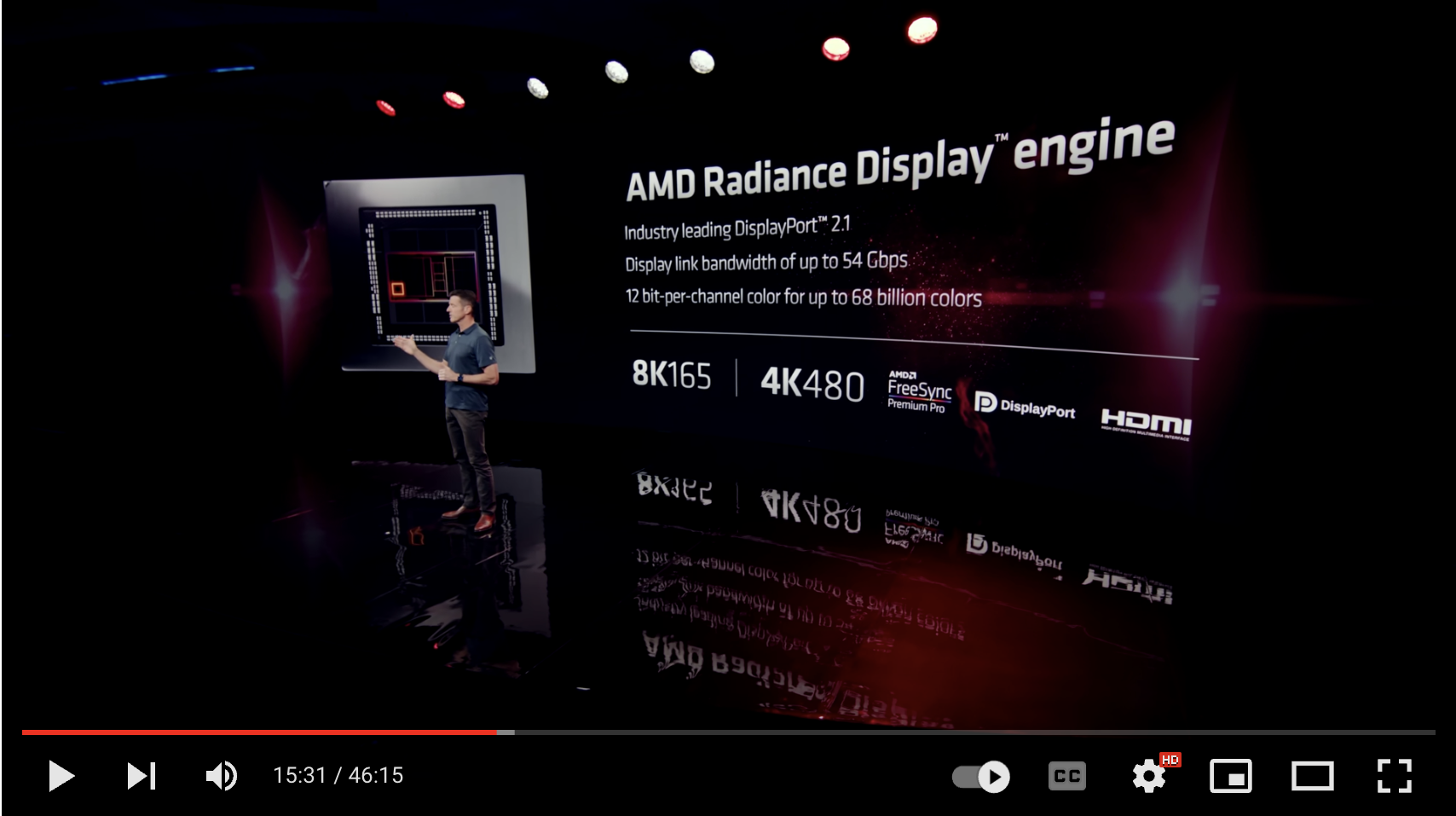 In its announcement of the new RX7900 GPUs, AMD said that Samsung would announce an 8K (horizontal) superwide resolution monitor called the Odyssey Neo G9 at CES in January, enabled by the use of DisplayPort 2.1 by AMD. DisplayPort 2.1 can support 8K at up to 165Hz, and monitors with 8K panels of some type are expected from Dell, Acer and LG, as well as Samsung. The YouTube video is here.